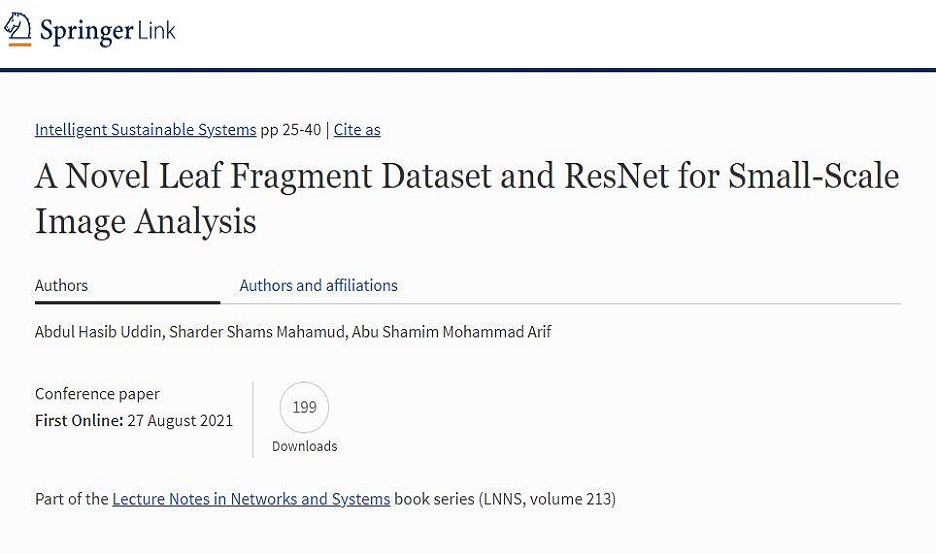 This paper introduces a dataset of leaf vein images from four different species (two from Monocotyledons and two from Dicotyledons). Then multiple instances of the dataset containing 64 × 64, 32 × 32, 16 × 16, 8 × 8, and 4 × 4 pixel single channel center-focused images were created, and a new Residual Neural Network (ResNet) based model has applied to each of the instances for cotyledon (seed leaf or embryonic leaf) group identification. Additionally, the same procedures were followed for plant species classification. The aim was to make use of only the vein patterns for the task. The results show that despite the difficulties of recognizing patterns from small-scale images, it is likely to efficiently categorize seed types and plant species by properly deploying residual blocks in neural network models. Also, the applied ResNet was compared against ResNet-152 V2 on the 64 × 64 pixel imageset in terms of species classification.