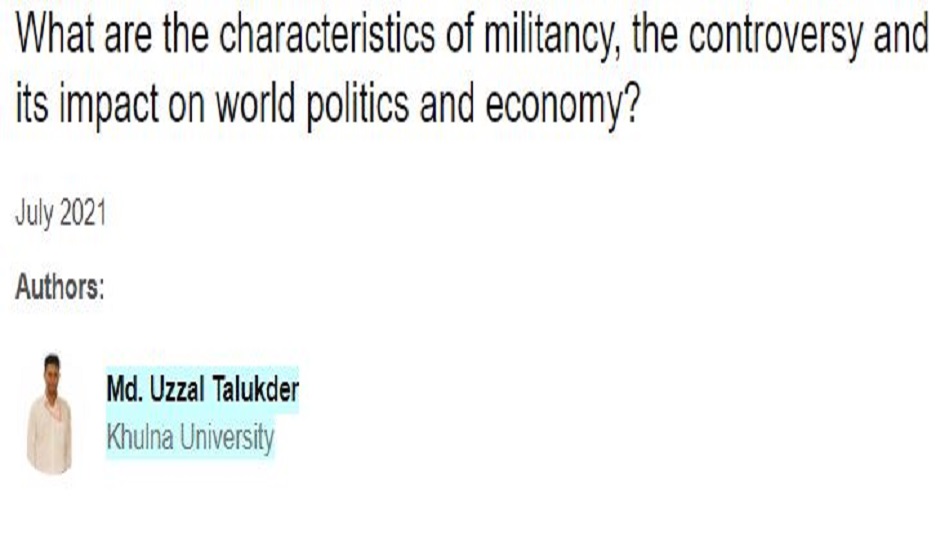 What are the characteristics of militancy, the controversy and its impact on world politics and economy?

What is militancy? Militancy is called a new form of terrorism. At present, militancy refers to Islamic terrorism. In etymological terms, the word militant originates from 'Jang'. The word is originally Persian; which means war or fighting. As such, ‘militant’ usually means warrior or fighter. Militancy refers to an extremist group that seeks to achieve everything through war or violence. Debate over militancy: There is a debate about true militancy. Because for some it is a struggle for survival, for others it is a struggle for independence, for some it is a struggle for establishing ideals and for others it is a terrorist act. An example is enough in this context - in the eyes of the West, the freedom fighters in East Timor, Indonesia and Darfur in Sudan are freedom fighters and freedom fighters but the freedom fighters in Iraq, Afghanistan, Chechnya, Kashmir and even Palestine are separatists and militants. But why this duality? There is no good answer. In addition to the Muslim state and Islam, militancy: Militancy now plays a significant role in world politics. The term militancy now refers to Islamic terrorism. Although it is now predominant among Islamic states, militancy is also seen in other ideological states.